Why should I get a Chinese Drywall Testing? 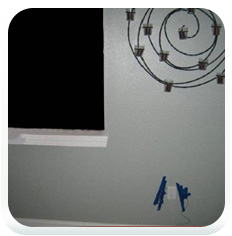 When trying to determine if you need a through checking for problematic drywall at all, it is a good idea to first find evidence to see if you house is affected at all. Visual cues like blackened copper electrical wiring or air conditioning evaporator coils, can be a clue that your house is affected. Chances of Chinese dry wall having been used in your home increase drastically if the drywall was installed between the years 2001 and 2009.


Once you think you home has a good chance of being affected by the problem, it is time to start collecting evidence and running a few tests to see if you are indeed affected. As this is technical work, we recommend you hire professionals for the task.


There are several tests and markers that lead to the conformation of faulty drywall, and combination of any of the following is a strong indication that you may be affected: 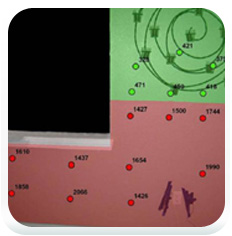 Some of the above mentioned points will require testing from an outside lab.

While purchasing a new home, be sure to check for Chinese drywall problem, particularly in any homes constructed between 2001 and 2009.

For a professional Chinese Drywall Inspection, make an appointment with our team of experts for cost effective solutions to relieve you from Defective Drywall problems.
For further information and queries email info@chinesedrywalladvisors.com